RH on a nature trek with Ricky Johnson

RH (who uses a stick – or ‘cane’, if that isn’t too ’50 shades’) takes a collapsible wading stick on these occasions. Since he, too, is collapsible it is sometimes helpful to have a seat while photographing. Not elegant, though, and not especially comfortable. Cheers, Clare, for capturing the indignity…

Mrs RH zooms in on a possibly rare bird… as it turned out, a female grassquit!

RH sort of looks the part but the backpack is crammed full of food & drink, not equipment, and he is looking for shade for a picnic at Casuarina

PM challenges RH to a ‘camera-off’ duel at Nancy’s, Sandy Point, and proves that his is the biggest…

Ace birder and photographer from Ohio, Tom, arrives at Delphi and puts PM’s puny equipment to shame – and with Camo for extra cool. Even the tripod legs. 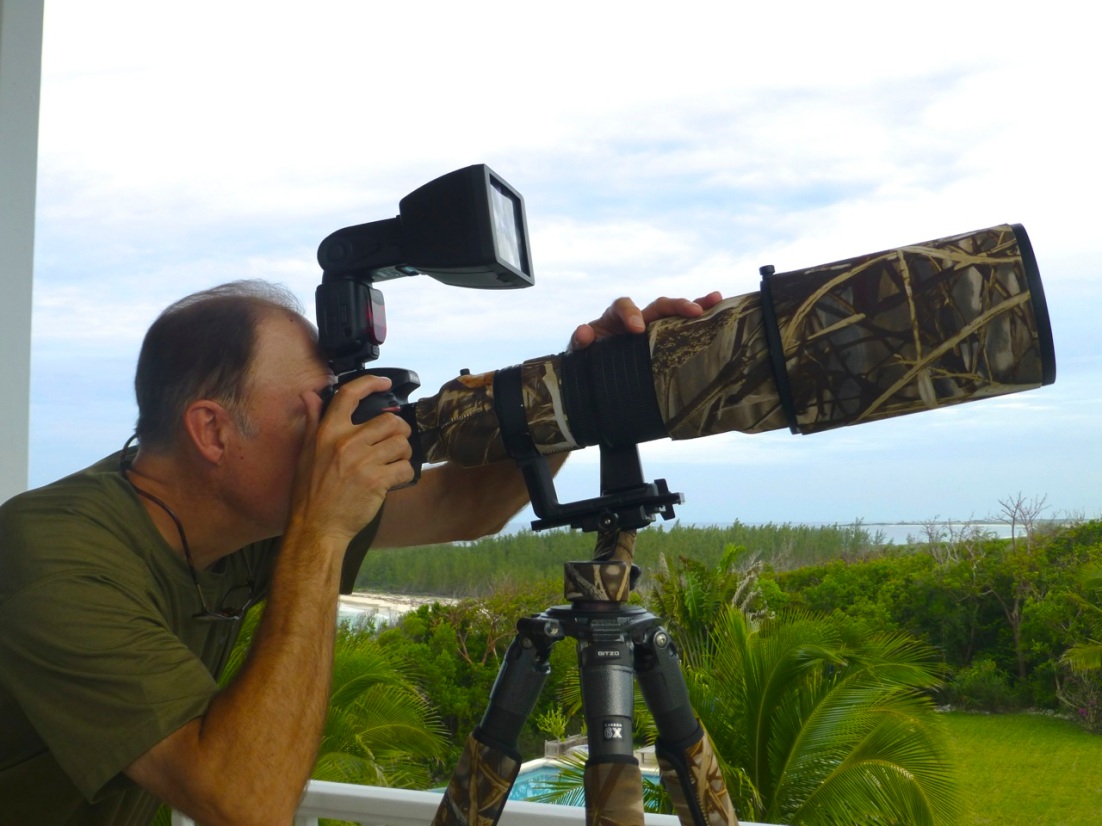 Sandy Walker, General Manager of Delphi and man of many parts, turns out to own a snappy Nikon

PM & RH engaged in a ridiculous challenge to photograph various items on the beach. Both lost, even though they had devised the rules…

The professionals Tom and Woody (‘Birdman of Abaco’) Bracey get serious with Bahama Mockingbirds in the pine forest. The red bandana is to attract the endemic Bahama Woodstar hummingbirds. 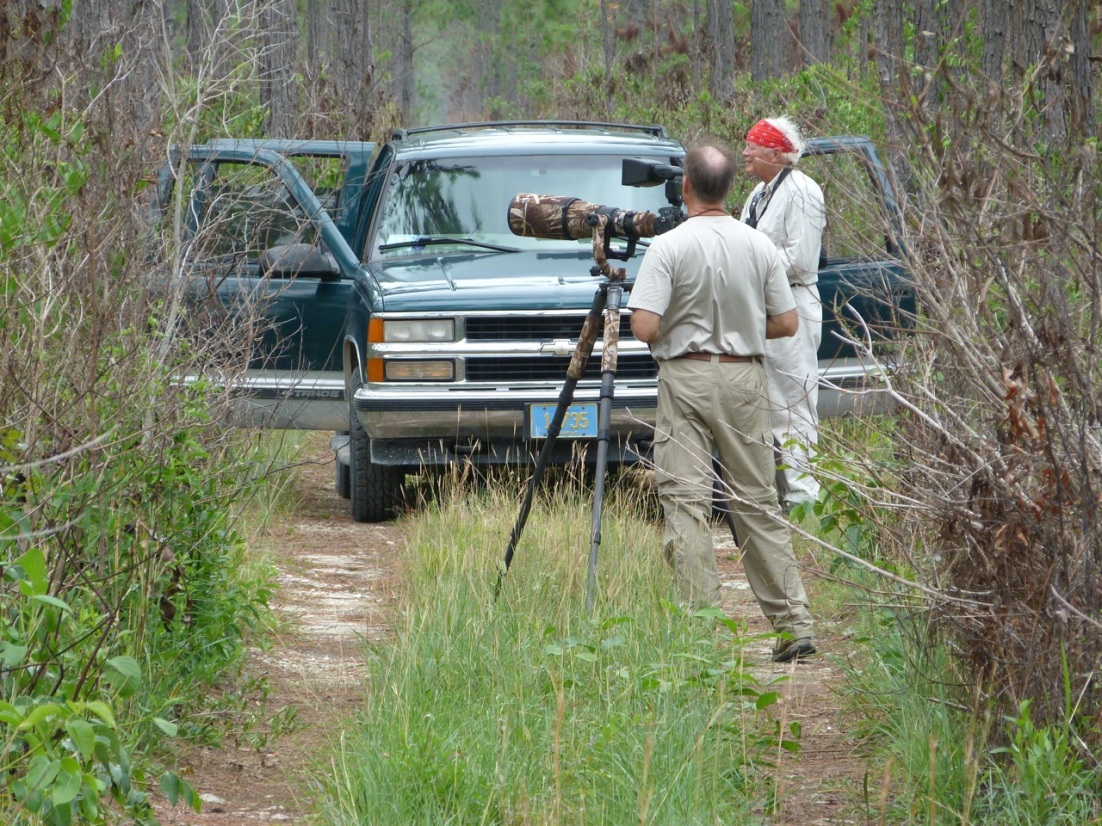 However at Sandy Point they seem to have forgotten their cameras… 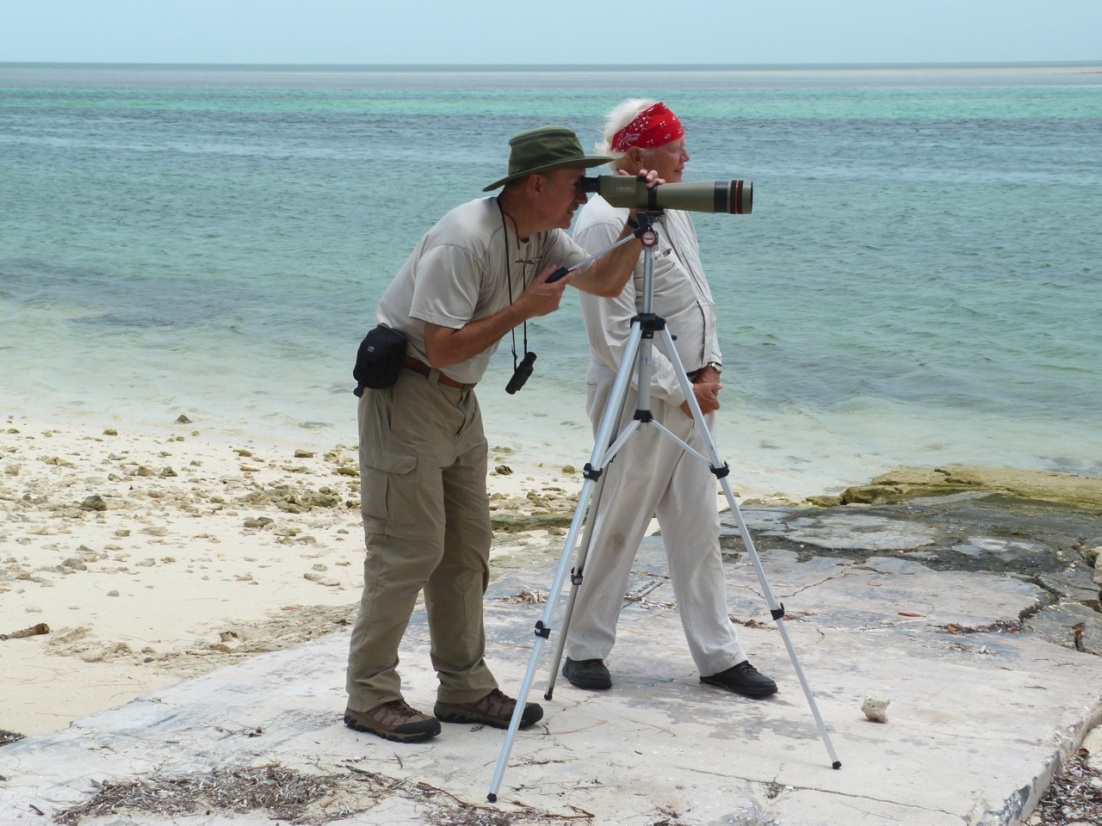 Out in the field… or scrubland – with 2 cameras 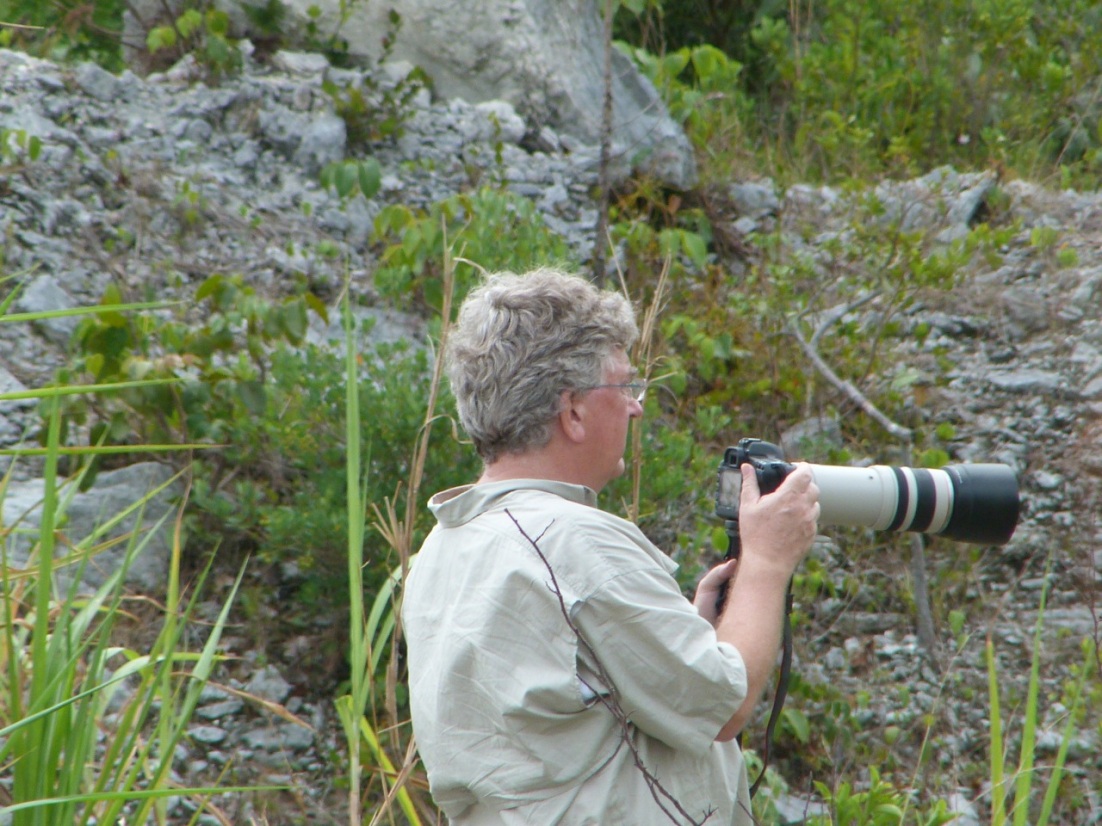 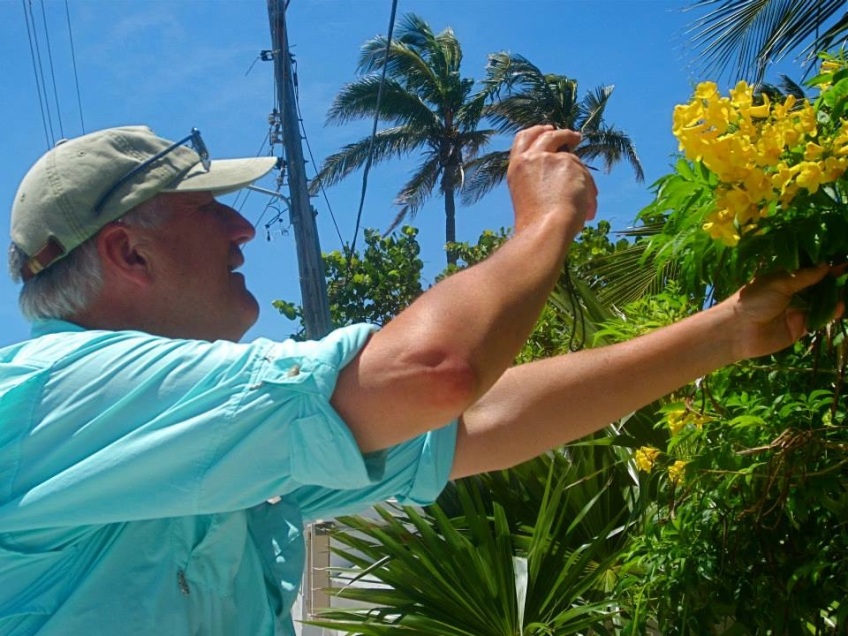 *This titular nod to the phrase ‘quis custodiet ipsos custodes’ (‘who is guarding the guardians’) is open to objection on the ground of illogicality. It’s a Latin tag with a greek-derived verb and noun forms jocularly inserted. A ‘photograph’ is, literally, ‘light writing’ in Greek. So ‘quis lux-scribit ipsos lucis-scriptores’ is the best solution I can offer… Let’s have that Elder flower to end on a light note

SUPPORT ABACO WILDLIFE CONSERVATION AND THE WORK OF THE BNT 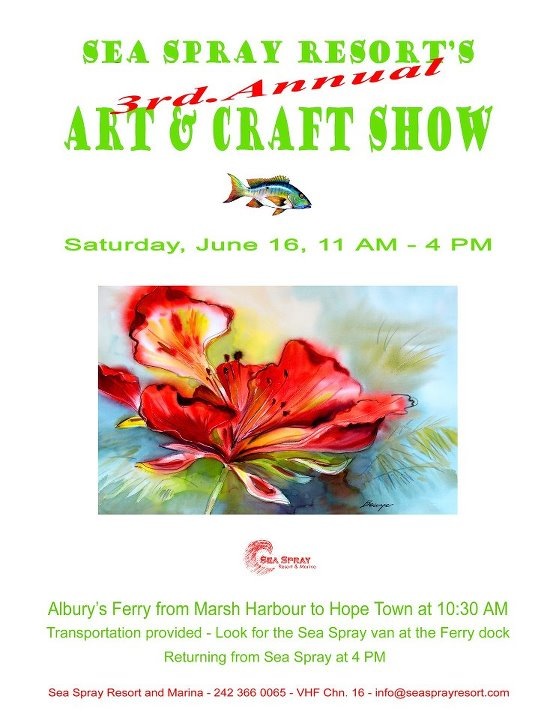 15 artists and artisans will be displaying their work, including ‘Abaco Island Artist’ Brigitte Bowyer Carey whose paintings adorn the main flyer above, and alternative flyers that have been produced (see cheerful Hope Town logo above and the  image below) 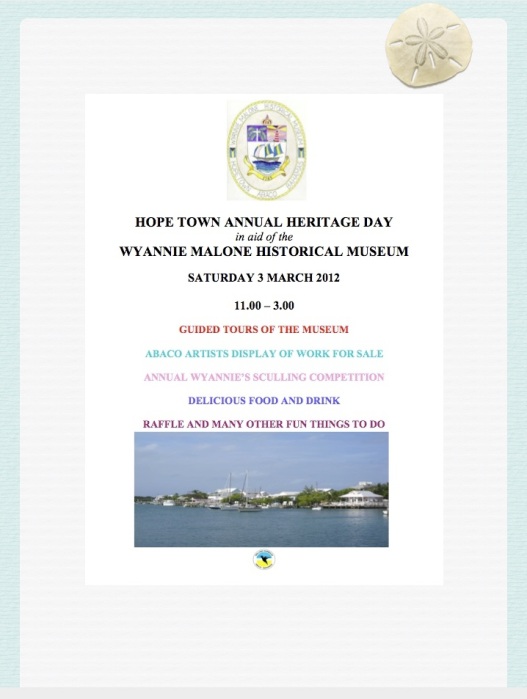