HAWKSBILL TURTLES: ENJOY THEM WHILE YOU CAN

Pliny the Elder (CE 23–79) was one of the earliest naturalists, besides being a philosopher, author and military commander. He wrote Naturalis Historia (Natural History), a wide-ranging work that became a model for later scholarly works, including forms of Encyclopedia. And, as he so nearly wrote, ‘si non amas testudines, vacua anima tua est’ (he that loves not sea turtles, has an empty mind)*.

Hawksbill turtle grazing while a French angelfish looks on

There can be few better ways to start the New Year than with some gorgeous Hawksbill Turtles  Eretmochelys imbricata, plus a sprinkling of turtle facts to give 2019 a good push into orbit. Fortunately still available in Bahamas waters, the continued existence of Hawksbills is under serious threat. Make the most of your opportunities. 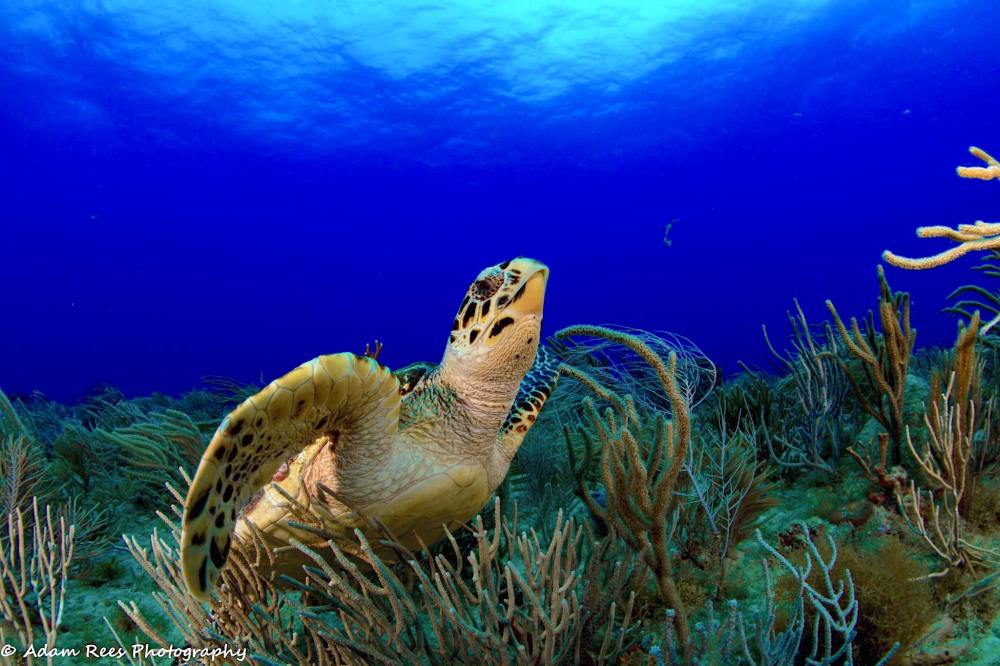 * Do not believe this – I invented it. The quote that props up the pretentious stuff, that is – all the rest is true…