MARINE DEBRIS: BALLOONS – WHAT GOES UP MUST COME DOWN…

Two sisters, Chelsea and Danielle, grew up by a Florida beach. With their parents,they learned from an early age to collect rubbish from the beach and to keep it clean. When they were little, the problems weren’t so great. Gradually, the tide changed. Literally. And indeed littorally. As is a common experience with any shoreline these days however remote and unspoilt, all manner of debris washes in on every tide, from plastic straws to SPACE ROCKET FAIRINGS. There has been a massive increase in ‘single-use’ plastic items. Most of it will take years, decades or even centuries to decompose. And there are deflated balloons, with their strings.

As ‘business’ on the Florida beach increased, so it became clear that balloons were becoming a significant problem. The increasing popularity of mass releases of balloons at sports events, civic or institutional occasions, and smaller celebrations means 100s or even 1000s of balloons being released into the sky. In most cases they are filled with helium – a finite resource – which carries them high over the earth. Very festive. Then the problems begin. They get caught in thermals, winds and crosswinds, gales and storms. Whether onto land or water, they all have to come down eventually. The problems caused therefore affect creatures inland, on the shoreline and out to sea.

Eventually the sisters decided to take action. They started a website BALLOONSBLOW.ORG, linked to a FB page. They post regularly about their beach clean-ups, now extended to other beaches on the south-west coast of Florida. They also produce balloon-based information sheets and flyers such as these:

I have a folder in which I keep some horrific images of incapacitated, dying or dead creatures. I use them sparingly because in the main they are upsetting. Almost every one of them involves entanglement in or ingestion of such materials as plastic, mylar, styrofoam, rubber or latex. Here are just 3 examples involving balloon strings – I’ll spare you others I have collected (e.g. a turtle that died trying to excrete the remains of a balloon). 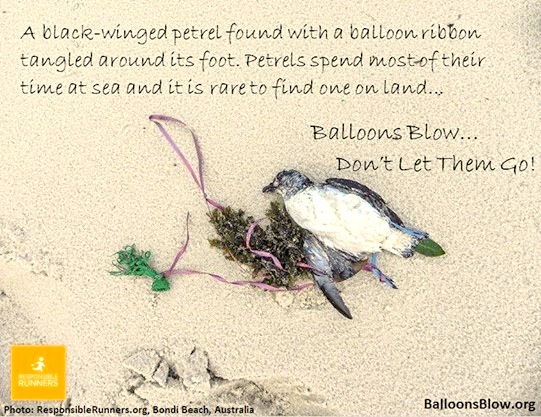 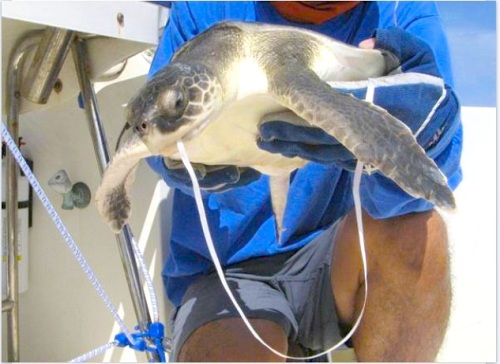 I don’t have a down on ‘fun’ – and nor do Chelsea and Lucy I’m sure. But, now in their 20s, they have had years of direct hands-on experience clearing their beach and one can see why they decided to take wider action. From one area they have accumulated a vast collection of balloons that will take many decades to break down. Even then, the degraded pieces and micro-pieces will be eaten by fish, turtles and birds.

The Delphi beach is very regularly cleaned up, of course, but there’s nothing that can be done to stem the arrival of debris large and small on every tide. Beautiful and remote though the one-mile curved strand may be, one cannot walk far without seeing plastic of some description. As a matter of interest, I tried a test: walking south on the beach in the tide-line, how long would it take to find balloon evidence? The answer was, less than 10 minutes.

The Balloons Blow website is constructive in offering festive alternatives to mass balloon releases, rather than merely chronicling the downsides. The balloons and other plastic junk mostly arrives from the western fringes of the North Atlantic Gyre, in the Sargasso Sea, where the trash gets caught in the sargassum and is eventually forced onto the shoreline by currents, winds and tides.

This post has concentrated on the dangers to wildlife caused by latex and mylar balloons that are sometimes claimed to be biodegradable but are not. There’s more to be said about plastic marine trash, but I’ll keep that for another day. 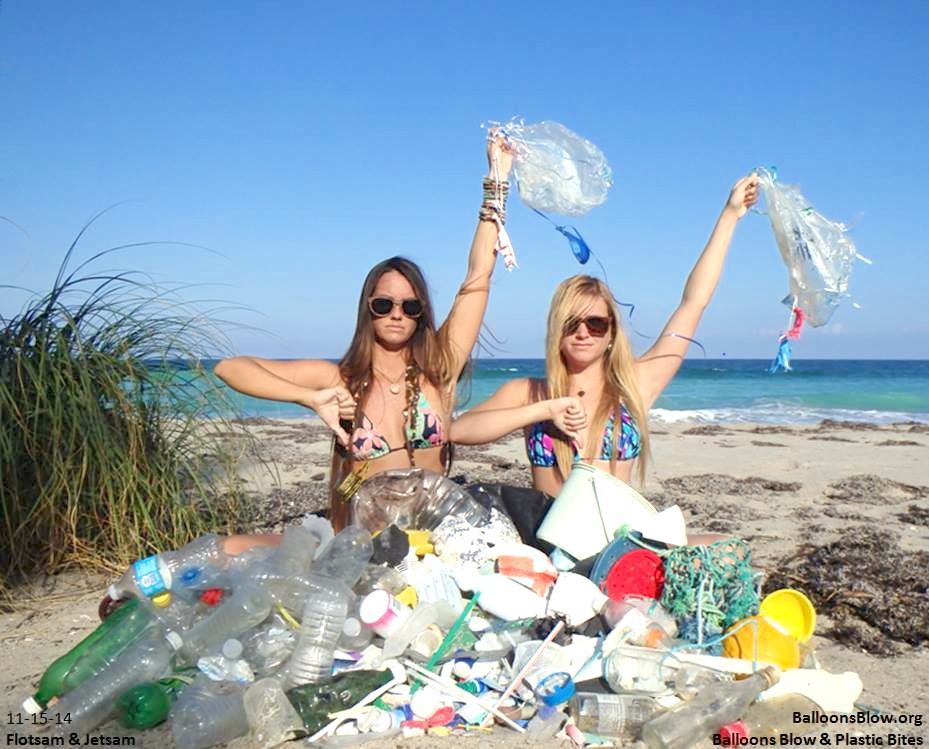 MARINE DEBRIS? NO THANKS!