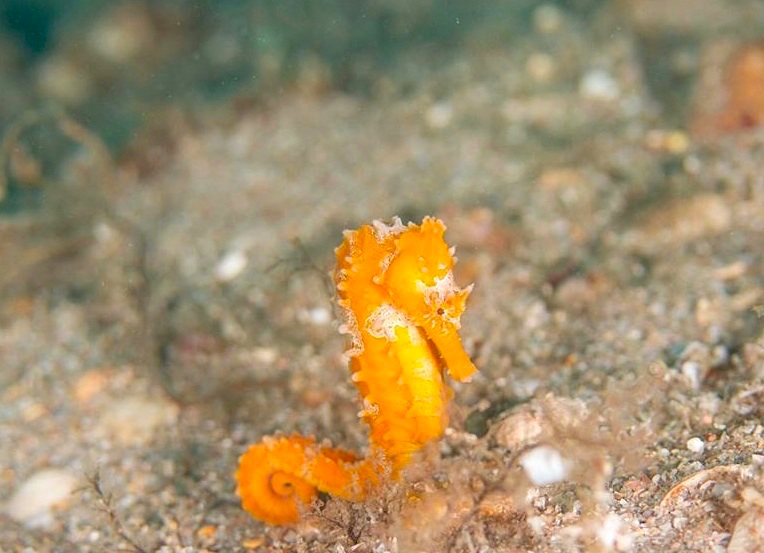 PREHENSILE TALES FROM THE REEF (3): SEAHORSING AROUND

It’s Friday at last. It’s springtime. A spirit of benign goodwill is evident in the vicinity of Rolling Harbour. Seahorses are irresistible. Don’t even try to pretend they don’t make you smile. Hippocampophobia is an affliction that, as yet, has never been diagnosed in a human being – for whom fear of beards, clowns and the number 5 (quintaphobia) are known medical conditions. Immerse yourself with these little creatures – and then have a good weekend. 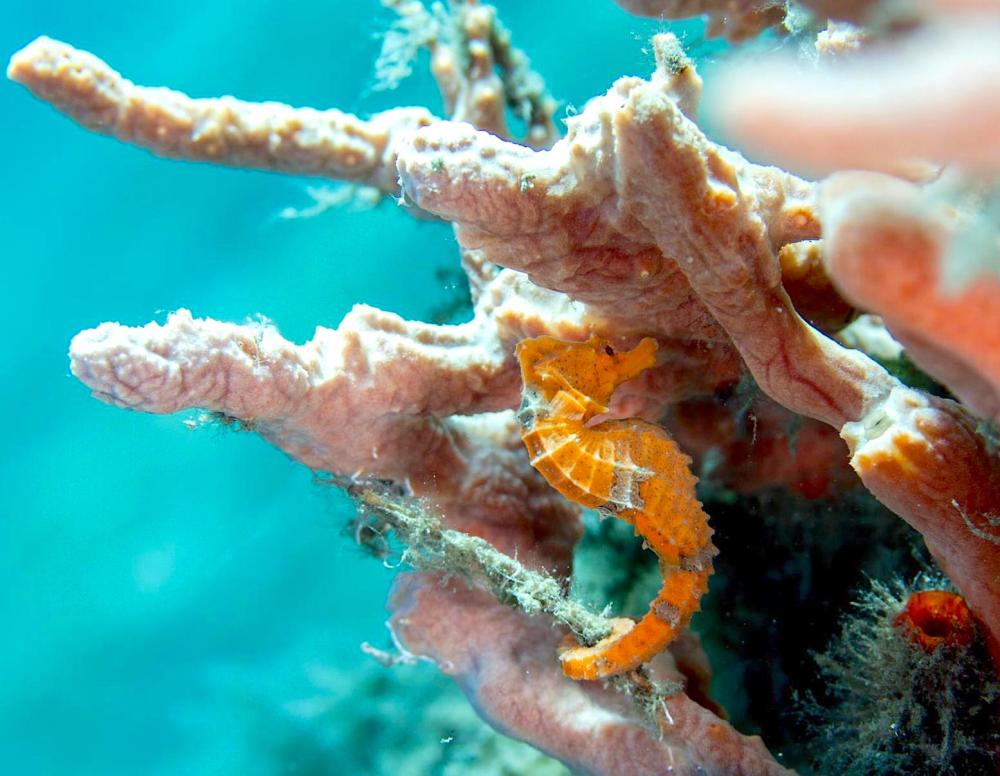 WONDERS OF THE DEEP: FROM SUBLIME TO… THE OTHER THING

It’s a statistically proven fact (and not, in any way, a ‘post-truth’ proposition) that no one has ever had a bad thing to say about seahorses. Indeed, some love them too much and consume them – see HERE for threats to seahorse populations in some areas of the world.

Sometimes they are easy to see. The header image shows an orange seahorse curling its tail round green weed on pink coral – hard to miss. Yet sometimes it may be quite difficult to see the little creatures against their chosen background.

These guys are, I think, for their size among the most sublime of all underwater creatures. I use the word in the strict historical sense “of very great excellence or beauty, exalted, awe-inspiring, majestic, magnificent, glorious.” Not just to mean “nice”.

In contrast, there are some undersea creatures that inspire… not awe exactly, but maybe an amused respect that so wonderful and bizarre a creature can exist in our oceans, in some cases only a few feet below the surface. Here are two examples of what I mean.

This is a BATFISH. It was an early shoo-in for my “WTF? (What’s that Fish?)” series, and you can read all about them and their ways HERE. Of all the creatures I have featured on this blog, this is by some distance the oddest…

…except for its companion in oddness, the FROGFISH. This was next in the WTF? series, and the creature is, if anything, even stranger. You can read all about these critters HERE, where you will learn inter alia about their superpowers – any one of which you might like to have yourself. There are plenty of photos, and videos too.

I do not court controversy, recognising that people following this site, or maybe stumbling across it by mistake and lingering, reach their views on natural history from different directions. But these strange and fascinating species exist and thrive in their own particular and ingenious ways – it doesn’t really matter how or why they are as they are. The bats and the frogs are high in the list of the least conventional of undersea creatures, and if they are not exactly sublime in a seahorse sense, can we just agree that they are awesome? 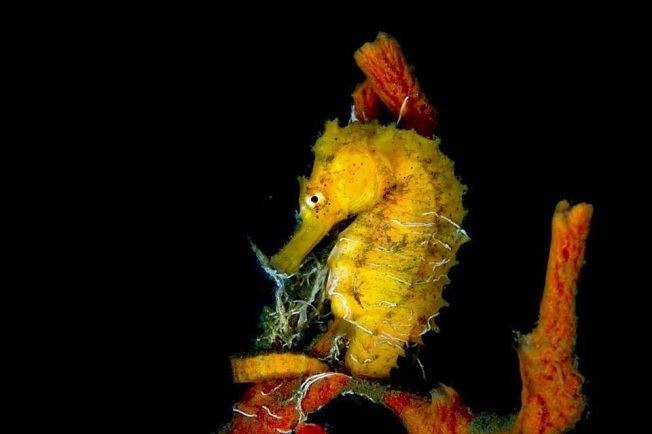 PREHENSILE TALES FROM THE REEF (2): HIPPOCAMPI

It is a statistical fact that no one in the world – not even the meanest despot or cruellest tyrant – fails to love seahorses. It would be fair to add that in certain parts of the world, some people love them too much. In more than 65 countries. To the tune of an estimated 150 million a year that are used in the ‘traditional medicine’ trade. An attrition rate that is unsustainable in the long or even the medium term – with the bleak consequence that it won’t be long before people must look elsewhere for their source for Genital Tonic Pills. 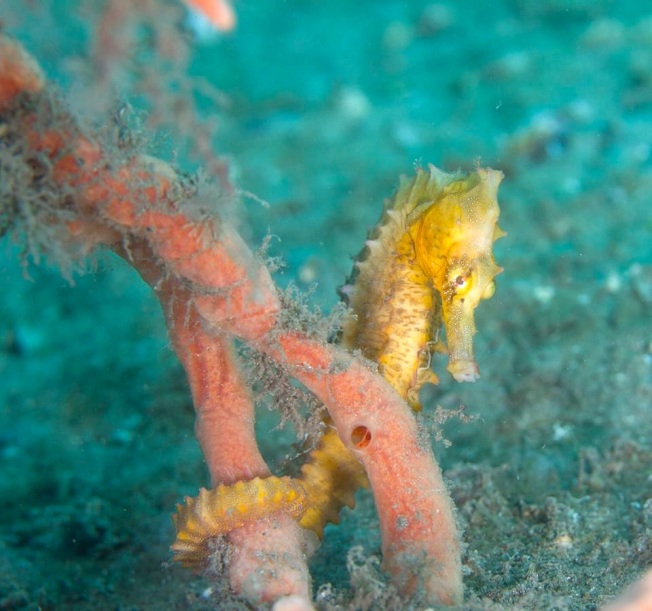 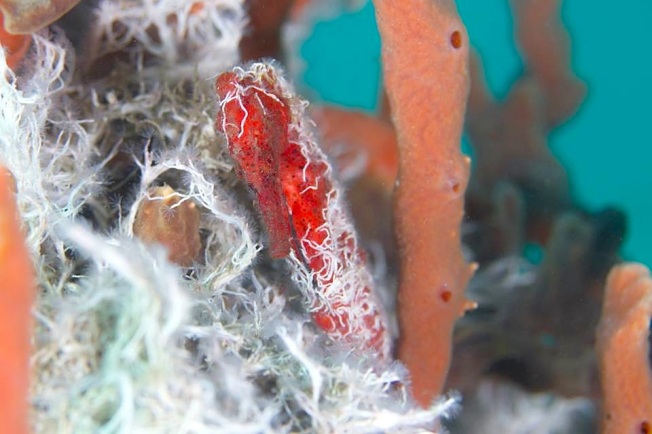 Medicinal use – of empirically vague benefit to its enthusiasts – is joined by the aquarium trade in accounting for the removal of very large numbers of seahorses from their accustomed surroundings. At least these creatures live on (rather than being dried out alive), though research suggests that the survival rate of seahorses in captivity is low.

Do you sometimes hanker for a plastic brooch or paperweight with a tiny seahorse embalmed inside it? It would be good to resist the temptation to buy such things in seaside shops or online. Your little specimen will be one of a million or so souvenir seahorses sold each year, alongside seashells, starfish, sponges and (protected) corals.

As you contemplate your purchase, you may be reassured to find that the product is labelled ‘environmentally friendly’, ‘responsibly sourced’ or ‘from a sustainable source’. You can make up your own: ‘lovingly harvested from the bluest oceans’, maybe. In the words of the SEAHORSE TRUST:

“Nothing could be further from the truth; there is nothing sustainable about this exploitation of the seas. You can make change by not buying them. If there was no market there would be no trade.” 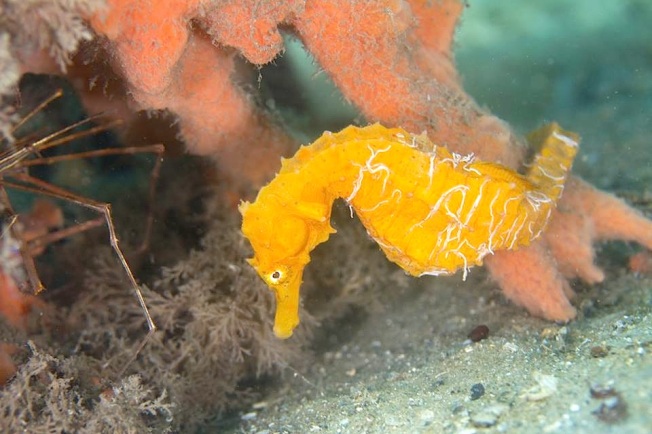 USES FOR SEAHORSES: MEDICINE OR (WITH SCORPIONS) STREET FOOD 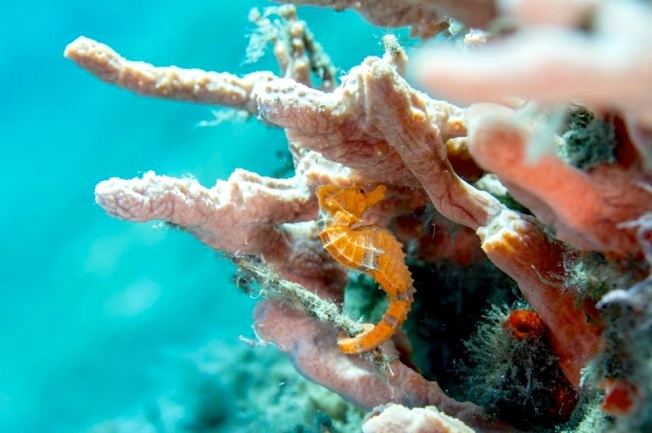